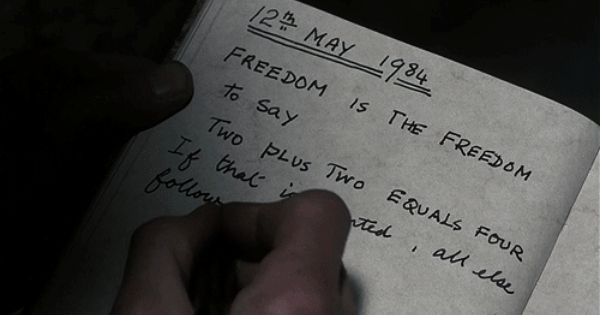 In the novel Nineteen Eighty-Four, the government of Oceania has an entire Ministry that uses all forms of media to create a false reality. One of the tasks of the Ministry of Truth is to develop a new language called Newspeak which is meant to make thoughtcrime (thinking critically) impossible. The objective is to  significantly reduce the number of words in the English language so that there would be no words for thoughts that were deemed a crime, that is, thoughts that question the government’s version of the truth.

In British Columbia today, the Government Communications and Public Engagement office has a budget of $37 900 000 to ensure that you have the correct view of what the B.C. Liberals do for you with your money.

Thanks to the work of this office, during the B.C. teachers’ strike in 2014, we learned new meanings for words.

We learned that education assistants were “salary benefits” for teachers.

We learned that there was a thing called an “affordability zone”.

Now, two years later, we continue to learn new meanings for words we thought we understood.

We used to think that funding meant providing more money than what was previously there.

We used to think that a moral obligation meant that we were obliged to do good, to do the right thing.

Now we learn from Gordon Wilson, speaking on behalf of the government, that a moral obligation means that we should pollute our air with methane gas, pollute our water with undisclosed chemicals and fracture our earthquake-prone land, all in an attempt to ensure that people who live in China don’t die from the air pollution that they create.

Given this new version of reality in BC, is it now a thoughtcrime to ask about the moral obligation of the BC Liberal government to protect our waterways from mining waste pollution?

Is it a thoughtcrime to ask about the moral obligation of the Ministry of Education to provide students with schools that do not have rats, asbestos, mould, leaky roofs and dysfunctional heating and cooling systems?

Is it a thoughtcrime to question the government’s concern for people in China when parents in BC worry about delayed seismic upgrades and the lead in the drinking water at their child’s school?

In the novel, the main character, Winston Smith says: Freedom is the freedom to say that 2 + 2 = 4

They want us to believe that School Trustees are responsible for school closures.

They want us to believe that removing $4 200 000 000 from the education budget over the past 14 years means that they have “increased per student funding to the highest level”.

Perhaps the reason we have so much difficulty believing them is because we remember what happened to Oceania’s chocolate rations in Nineteen Eighty-Four:

It was therefore necessary to rewrite a paragraph of Big Brother’s speech, in such a way as to make him predict the thing that had actually happened. … Today’s issue contained a statement of the actual output, from which it appeared that the forecasts were in every instance grossly wrong. Winston’s job was to rectify the original figures by making them agree with the later ones. As for the third message, it referred to a very simple error which could be set right in a couple of minutes. As short a time ago as February, the Ministry of Plenty had issued a promise (a “categorical pledge” were the official words) that there would be no reduction of the chocolate ration during 1984. Actually, as Winston was aware, the chocolate ration was to be reduced from thirty grammes to twenty at the end of the present week. All that was needed was to substitute for the original promise a warning that it would probably be necessary to reduce the ration at some time in April.
From Nineteen Eighty-Four, Part One, Chapter 4

With so many of us having read  Nineteen Eighty-Four at school, the Government Communications and Public Engagement office certainly has their work cut out.

While they try to convince us about the benefits of the Prosperity Fund we’ll be thinking of the 20% of BC children who go to bed without a meal most nights a week.

While they try to get us to yes, we’ll be thinking no, committing thoughtcrimes as we do so.